Internet Horology Club 185
Ultra rare Kriegsmarine first class observer watch made by Stowa (STOrz, WAlter) 1939
This topic can be found at:
https://ihc185.infopop.cc/eve/forums/a/tpc/f/990103944/m/9113967597
Florian Fügemann
Ultra rare Kriegsmarine first class observer watch made by Stowa (STOrz, WAlter) 1939
Today I am showing something really special. A very rare Kriegsmarine observer watch, classified by the Kriegsmarine authorities as a first class military timepiece. Only 288 pieces of this early version were produced from 1939 until 1943 by the German Stowa company founded by Walter Storz in Pforzheim. The watch has a chrome-plated double hinge case with the very low movement production number "14" which indicates that this piece was made as one of the first in 1939. The movement is the Unitas 2813 calibre with 19 rubies a swan neck regulator. On the back of the watch case is to find the early Kriegsmarine eagle, the letter "M" for "Marine" (navy), the navy inventory number "4275" and the additional engraving "I. Kl." (first class timepiece). What is very interesting with this watch is the fact that it has been serviced 1943 in Linz (Austria) by the L. Zerrmeyr company. Have a look at the original scan of a document from the Deutsche Seewarte, Hamburg with an order for servicing Kriegsmarine observer watches. At the end of the document you will find this watch - "Storz 14 = M 4275". Also interesting is that this watch is classified as first class (like Kriegsmarine observer watches made by Lange & Söhne, Vacheron & Constantin, Ulysse Nardin, Patek Philippe e.g.). I have another watch looking exactly the same like the one shown here but with a much higher/later movement and the navy inventory number "M 6364". This watch (I will show it here later) is already marked with "II. Kl." (second class timepiece) and was clearly made in 1943. The reason: In 1942 the extended first class as well as the extended second class was established. Later here I will also show the better known version of the "KM Stowa" second class Kriegsmarine observer watch with a different case, crown, eagle and luminous dial. 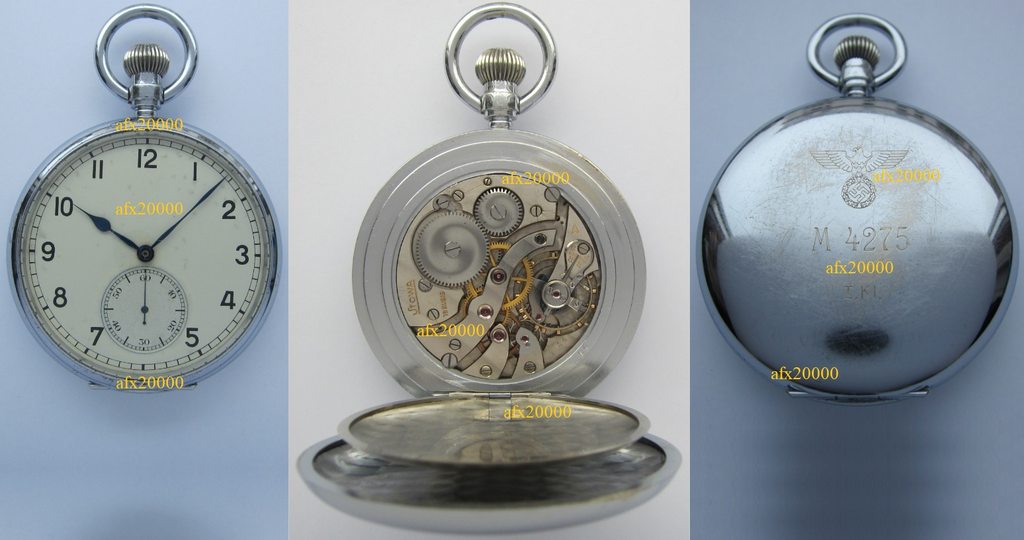 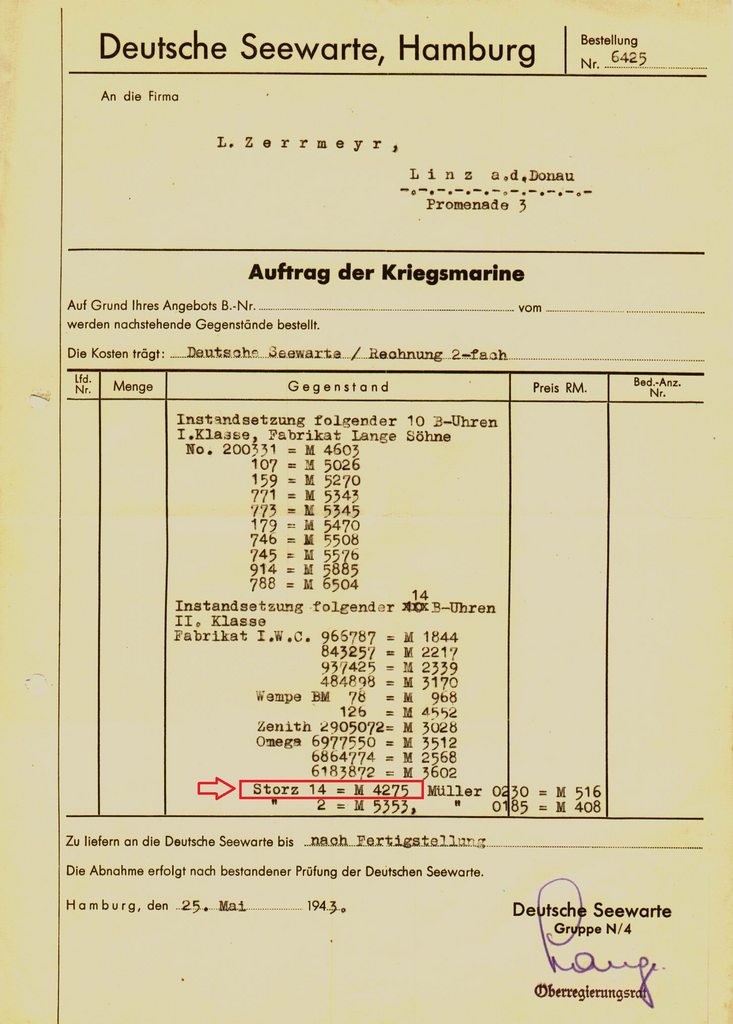